Designing a Future Economy is Design Council’s 2017 report investigating the skills used in design, the link between these skills and productivity and innovation, and how they align with future demand for skills across the wider UK economy. It is a unprecedented study testing a new methodology as well as definitions of design.

For the first time, Designing a Future Economy systematically maps the skills associated with design in the UK and measures the economic value those using these skills generate.

Our full report provides a detailed picture of the skills used by designers, with in-depth data on the value of design to the UK economy, as well as analysis of how these skills are acquired and developed by design firms. A shorter executive summary of key findings is also available for download.

The report includes findings such as:

1. Why did you conduct this research?

Whilst there is no one cause of, or simple answer to, the UK’s productivity puzzle, we know that skills are crucial to economic performance. In our 2015 Design Economy study we found that design workers are considerably more productive than the average UK worker and we wanted to better understand the role design skills might play in boosting the UK’s economic performance.

As a result Design Council has developed an ambitious research programme investigating both the supply of, and demand for, design skills which can aid innovation and productivity in the UK.

Our Designing a Future Economy study is the first step in a longer-term programme aimed at investigating the skills used in design, the link between these skills and productivity and innovation, and how they align with future demand for skills across the wider UK economy.

It is a novel, explorative study in which we are testing a new methodology as well as definitions of design. We hope the research acts as a trigger for action on the value of design skills.

Nearly three quarters of designers work in non-design sectors such as finance and banking.

3. Who conducted the research?

Ortus Economic Research conducted the analysis for the skills catalogue and economic figures using data from the US Department of Labor’s O*Net dataset of job characteristics and economic data from the UK Office for National Statistics. This analysis followed on from a scoping study undertaken by RF Associates in 2016, which identified the appropriate data sources for the analysis required. Additional desk top research and writing was conducted by Design Council to complement this work.

The Designing a future economy study was supported by an expert advisory group of representatives from the following organisations:

To understand the economic value of design skills, we required detailed data. Unfortunately current UK and European data does not provide as much detail on the skills associated with individual occupations as we required for our analysis.

The scoping study by RF Associates identified the US Department of Labor’s O*NET database as a potential source of information on the skills used in design roles and this has been employed extensively in this research study. We used guidance from the UK’s Office for National Statistics (ONS) to map these skills against UK Standard Occupational Classification (SOC) codes. As the O*NET dataset is a US data source there is an inherent assumption that the skills profile of US occupations is a suitable proxy for the skills profile of UK occupations. This is not the only UK study on skills to make this assumption, with a recent example being Nesta’s study ‘The future of skills’.

5. How did you conduct this research?

The O*NET system asks workers to rate their skills according to how important they are for their role (importance), and how intensively they use them (the level). For this study we focused solely on ratings of importance, as we were primarily interested in the skills which are deemed most important by the design workforce in comparison with the wider UK workforce. In other words, the study is about what the design workforce does, not the level at which it does it.

Using ratings of importance, we created an index score (or ‘Importance Premium’) which helped identify skills which were deemed by designers to be of above average importance for their role (compared to what might be expected across the whole workforce).

This list of skills was extrapolated to identify other occupations elsewhere across the UK economy which also all reported having ‘knowledge of design’ as an important skill for their work, as well as at least two other skills from the list of 13. We refer to these 17 additional occupations as ‘Design skilled occupations’.

Using these frameworks, the study then went on to utilise a wide range of economic and labour market datasets, mostly provided by the Office of National Statistics, to investigate the key research questions.

For this research we have continued to use the definition of design developed as part of our 2015 Design Economy study. This defined design as ‘the creation of a proposition in a medium, using tools as part of a process’:

7. How do you define ‘design skills’?

Our research explores the skills designers say are most important for their work, and extrapolates this information to identify other occupations using similar skills.

They were included in this study to maintain continuity with the Design Economy methodology and following expert stakeholder consultation, which suggested they be considered as having design skills. It is not possible to measure the economic value of individual skills because the data that would be required to do so is insufficiently detailed. While some surveys in the UK ask detailed skills-related questions, the data is not structured in such a way as to allow in-depth analysis by specific skill. Instead, this study uses data from the US O*NET system, and occupations (and sectors) as a proxy for skills.

We have used the O*NET definitions of skills throughout our study for continuity and future replicability. O*NET categorises skills into different ‘domains’ and for our study we used the following five domains:

These domains were selected because they provide data that can be used to develop the skills index and they align best to the aims and objectives of the study.

8. How did you decide which skills were important for this analysis?

Whilst the O*Net system provides ratings for both ‘level’ and ‘importance’ for each element and by occupation, it was decided after meeting with industry and leading thinkers in design to focus solely on the importance scores. This was because the study is primarily interested in the skills which differentiate the design workforce from others, and that including the levels people operate in their occupation (from junior to Director and CEO) would complicate the analysis and potentially influence results such that they become difficult to interpret. Additionally, some elements (e.g. ‘innovation) are scored only on importance, so would be disadvantaged in any scoring system which also used level.

We used this approach to then identify which skills were most important for each SOC code in the Designing a Future Economy study. Using ratings of importance, we created an index score (or ‘Importance Premium’) which helped identify skills which were deemed by designers to be of above average importance for their role (compared to what might be expected across the whole workforce).

We then weighted these indices by the employment scale of each design occupation (calculated as a proportion of the whole economy) to counteract the potential over-representation of highly niche skills and the under-representation of widely prevalent skills. For example, because of the high proportion of digital designers in the Design Economy a design skills index without weighting would skew importance of coding and computing skills pushing out wider identified skills important to designers (such as drafting and laying out for example).

An Importance Premium of above 0% (the average for the wider workforce) enabled us to identify the skills most important to each occupation (which differ from each occupation). Our detailed index of skills will enable sectors and individual design occupations to understand the skills rated as most important in this research. This index will be available on request and digitally before Christmas 2017.

9. How is this research different from other research on skills?

Existing research investigating design skills either compartmentalise or generalises design as a homogenous activity, or produce findings which do not enable generalisation across the economy. For instance, the UK Innovation Survey covers over 15,000 enterprises, though is limited in terms of its list of design skills to only four. Previous Design Council research into this area (such as ‘High-level Skills for Higher Value’ in 2008) attempted to widen this list to include cognitive abilities such as ‘problem solving’. However studies such as this have lacked the coverage offered by official sources, making it difficult to generalise findings to the wider business population.

To our knowledge Designing a Future Economy is a pioneering study, the first time this methodology has been used. It is the first time the O*NET database has been used for the specific purpose of identifying the skills associated with design in the UK, and the first time a study has measured the economic value those using these skills generate. Designing a Future Economy therefore addresses the issues of coverage across the economy and recognises the heterogeneity of design activity.

Design-intensive industries are those industries recognised for their design expertise (e.g. architecture, graphic design) and which employ a high proportion of designers. To identify these industries required two steps:

This approach is in keeping with the methodology developed by Nesta and used by the Department of Culture, Media and Sport in their Creative Industries Economic Estimates.

In addition to identifying design-intensive industries, we are also able to identify other industries – outside the design economy – where 30% or more of employment is in occupations that are considered to have design skills. We consider these industries to be actively using design, and as such have also captured the value by support roles in them. Design-active industries therefore comprise designers, design-skilled occupations and other roles (e.g. support functions such as administration, finance and distribution).

While this is an experimental methodology, we have adopted the 30% threshold developed by Nesta and used by the Department of Culture, Media and Sports in the Creative Industries Economic Estimates.

12. How did you calculate ‘gross value added’ and productivity?

Our research uses ‘Approximate Gross Value Added’ (aGVA). aGVA covers the UK Non-Financial Business Economy, and the Non-Financial Business Economy excludes public expenditure. We have used aGVA as it is the only data available at sufficient levels of industrial detail to be able to analyse design industries i.e. at four digit Standard Industrial Classifications. This means the figures compare like for like the design aGVA and national aGVA.

Productivity figures are calculated by dividing GVA estimates by hours worked, taken from the Annual Survey of Hours & Earnings (ASHE).

13. How did you calculate innovation?

Innovation activity is measured using the UK Innovation Survey (UKIS), the main source of information on business innovation in the UK.

14. How did you calculate the cost of skills shortages and skills gaps? 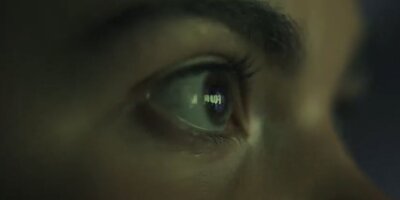 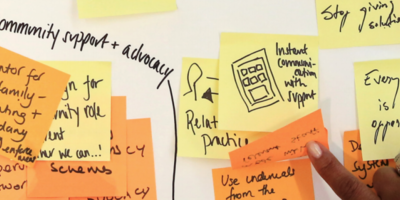