She worked and taught with Florian Beigel at North London University and Pierre D’Avoine before joining David Chipperfield Architects where she was responsible for The Francis Bacon Studio, London, The MACLA office building Barcelona and The Rothschild’s House, New York.

In 2007 Ada co-founded MYAA and led key packages for The Faculty of Islamic Studies, Education City, Doha, Msheireb Downtown, Doha, Mayasem residential district, Jeddah, KAND Smart City, and an Eco Tower in Kolkata Indian. Ada also worked on The Gateway Gallery Madagascar as well as a Horticultural school in Rabat. Ada was a key member of MYAA’s 2022 FIFA World Cup team where she developed concepts for three stadia including the 86,000 Capacity National Stadium where MYAA was responsible for the interior design packages.

In London, Ada was responsible for The Avondale Amenity building and she is currently working on a school and residential tower in Shadwell, London and is leading MYAA’s computational and fabrication team for the Sagrada Familia Cathedral, Barcelona. Ada has juried for various awards including WAF, AJ and others and was shortlisted for Moira Gemmill woman architect of the year 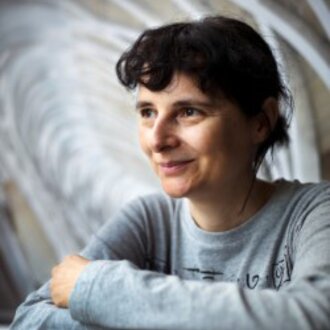