Alan Berman founded Berman Guedes Stretton Architects, (initially Berman Guedes) in 1978 after studying at Cambridge and Bartlett Schools of Architecture. He now acts as Architectural Adviser to a number of Oxford Colleges. A published writer on architecture and design, until recently he was visiting lecturer at Liverpool University.

A hands-on designer he has completed many award-winning projects, mainly educational, including auditoria, libraries, social and residential facilities – mostly in historically sensitive settings. Alan has advised and renovated many listed 20th Century buildings, and builds positive relations with planners. He considers design a problem solving activity and always questions architects’ and clients’ assumptions to ensure the best design for a building in use, rather than as art objects. Believing the right questions are key to designing good buildings, he aims to achieve the most for the least resources.

An excellent communicator, Alan’s writing and lectures aim to engage the public, rather than the profession, and he will call out designs that serve the architect’s reputation rather than meeting user and public need.

An Honorary Fellow at Wolfson College and Associate Fellow at Green Templeton College in Oxford, Alan is also a keen ceramicist who has exhibited here and abroad. 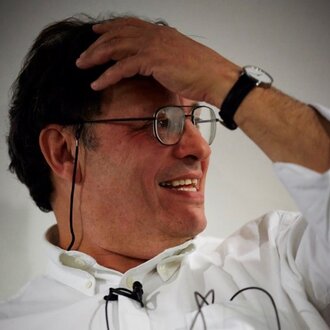