Alison Brooks is one of the UK’s leading architects. Born and educated in Canada, she moved to London in 1988 and founded Alison Brooks Architects in 1996.

In 2017 Alison was appointed as a Royal Designer for Industry by the UK’s Royal Society of Arts (RSA) and selected as Mayor's Design Advocate for London. She was honoured with the 2017 Architect’s Journal 100 Contribution to the Profession Award giving the keynote speech to the UK’s 100 largest practices. Named in 2012 by Debrett’s as one of ‘Britain’s 500 Most Influential’, Alison Brooks is the only British architect to have won all three of the UK’s most prestigious awards for architecture: the RIBA Stirling Prize, Manser Medal and Stephen Lawrence Prize.

She was awarded 2013 Woman Architect of the Year by the Architect’s Journal in recognition of her work in housing, regeneration and education. Alison lectures internationally on architecture and urban design. She currently teaches a Masters in Collective Housing at ETSAM, Universidad Politécnica of Madrid. In 2018 Alison was appointed as the John T. Dunlop Design Critic in Architecture at Harvard GSD. In 2016 she received an Honorary Doctorate of Engineering from University of Waterloo, Canada. She was an External Examiner at the Architectural Association, London and taught a Diploma Unit from 2008-2010. 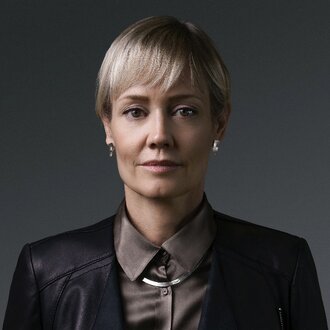