Angela is an architect director of award winning Brady Mallalieu Architects, set up with Robin Mallalieu and based in London, specialising in contemporary sustainable design.

They work on projects in UK, Ireland, Vietnam & China with projects ranging from housing and community projects - to hospitals and include community consultation.

Angela was President of the Royal Institute of British Architects (2011-2013) - voted the most effective president in the past 20 years - (AJ Survey).

As RIBA President she gave over 100 keynote speeches worldwide, including in China, Vietnam, India, USA, EU, UK and the Middle East on sustainable city making and low carbon design.

She speaks at several international and National events. She champions diversity, equality and sustainable zero carbon buildings. She has made 3 TV series promoting Architecture and design and many videos on craft and design. 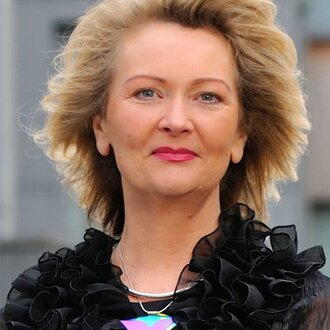