Darren launched his own practice Studio – B.a.d in 2019 in Hampshire: A thoughtful design studio interested in the social value of how 21 century architectural practice can bring about community benefit through practice, education and research.

They are based in Southampton and are currently engaged in domestic projects in Bilbao, Scotland, London, Southampton, and the New Forest, as well as the Dorset Tank Museum and a church refurbishment in Portsmouth. The practices first major project October books, has just been shortlisted for the RICS Social Impact awards 2020.

Darren is also Non Executive Director at concrete consultancy: Grey Matter, Concrete, who assist architects, clients & contractors in the production of fair-faced bespoke concrete work. In addition, Darren is a visiting critic at Brighton Interior Architecture school, and a part 3 Examiner at both Portsmouth & London Metropolitan schools of architecture. He is a regular contributor to articles for Home Building & Renovating magazine and is a judge for the Daily Telegraph, Home Building & Renovating awards 2017.

Darren was appointed to the RIBA board, ‘'Architects for Change' in 2015. AfC was established in 2000 to challenge and support the RIBA in developing policies and action that promote improved equality of opportunity and diversity in the architectural profession. He was asked to join the group having been selected by the RIBA to be one of 12 UK role models.

The ambition of the Role Model Project is to change perceptions both for and about architects. It intends to challenge stereotypes about who architects are, the background they come from and the work they do. Darren was appointed as External examiner to Lincoln school of architecture in May 2016 and was appointed at the new Reading school of architecture, running design studios in both Year 1 + 3 in 2018. www.studiobad.co.uk 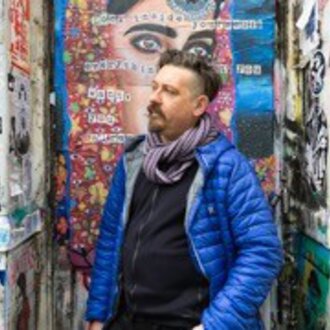