Garry believes good design should contribute to a better, fairer society and respect and enrich the environment.

He has spent nearly 40 years exploring ways of doing this, initially as an architect (RIBA since 1997), then as an urban designer. As a Project Director at Grimshaw, he worked on many transport projects before joining Farrells where he became Urban Design Director. In 2006, Garry set up Think Place. Light on its feet, Think Place combined urban design consultancy with experimental collaborations in sustainable housebuilding (Think Villages, a collab with a property developer) and urban research (Place Research Lab, a collab with the University of East London).

Garry now spends most of his time as a critical friend advising public and private sector clients on creating well-designed places. Recent clients include Transport for London, Stevenage Borough Council, and St Patrick’s Mental Health Hospital in Dublin. He has been a regular design review panelist since 2009 and was appointed a Built Environment Expert in 2012. In recognition of his contribution to urban design that supports a better society, Garry was elected a Fellow of the RSA in 2013 and a Chartered Member of the RTPI in 2016. He was recently appointed an expert to the High Streets Task Force. 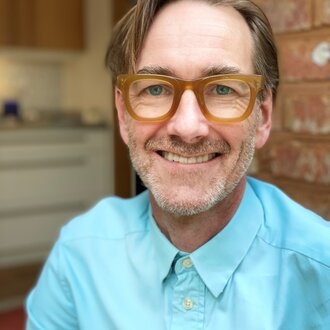