Hiro is a UK-based chartered architect and brings over 25 years of integrated, international design and delivery experience of urban development schemes.

He is an award-winning specialist in the design of regenerative transport hubs and was a leading figure in the delivery of some of UK’s most high-profile development catalyst schemes such as the modernisation of London King’s Cross Station and several stations on the Elizabeth Line including Bond Street and Paddington.

He supports cities and local authorities integrate transport infrastructure into their growth plans, including the Greater London Authority as a Mayor’s Design Advocate, and, as Inclusive Growth Ambassador for Leeds City Council following the adoption of his masterplan for the future of Leeds Station. He recognises, values and promotes the purpose-led and commercially astute activation of transport facilities as cultural infrastructure at its most socially important and economically dynamic role in shaping, influencing and ultimately reflecting our culture. He has worked in diverse global cities including, Tokyo, Los Angeles, Delhi, Moscow, Baltimore, Brisbane, Johannesburg and Dhaka.

Hiro has held senior design and business leadership roles including as Leader of Urban Transport at international design practice, Hassell, as well as Global Head of Transport & Infrastructure at Gensler and Equity Board Director of McAslan. 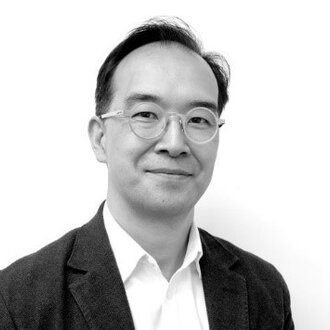