Jim has been a Partner/Director of WilkinsonEyre since 1987, responsible for managing the practice’s transportation, bridge and infrastructure projects, and cultural projects.

With numerous competition-winning concepts in the practice’s bridge portfolio, he was awarded an Order of the British Empire, 2003 for services to architecture, and Honorary Doctor of Laws at Liverpool University (2009). Publications include: The Architecture of Bridge Design and Exploring Boundaries monograph. Visiting tutor at Illinois Institute of Technology, USA (1997-1998); Harvard University Graduate School of Design (2003-2004).

International exhibits include the Venice Biennale (2004). President of the Architectural Association (2007-2009), now Chair of their Foundation. Appointed to the expert panel for the Farrell Review, also an expert panellist on the Liveable Cities initiative. Appointed as Commissioner to the Royal Commission for the Exhibition of 1851, in 2014; awarded The Bodley Medal (2015). 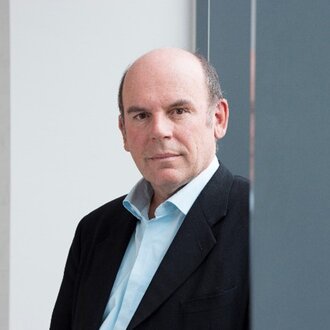