She was involved on all van Heyningen and Haward’s award-winning buildings, including those for higher education particularly in Oxford and Cambridge, further education and schools. She has worked with the National Trust, the RSPB, English Heritage and the Transport for London, for whom the firm designed West Ham Station on the Jubilee Line Extension.

Joanna has always sought to contribute to the wider built environment. She has been involved the RIBA in several capacities, including being a judge of the Stirling Prize, and is a current member of the Awards Group. Over many years she has been a Design Review panelist for Design Council (formerly CABE), for which she chairs and co-chairs a number of panels, including the Oxford Design Panel, a role she has retained under Design South East. She in a member of the High Streets Task Force for DC. She is Governor of the Purcell School of Music and Chair of its Building Committee. She is currently working on the decarbonisation of her own house, designed in 1986.

She was awarded an OBE for services to Architecture and the Built Environment in 2016. 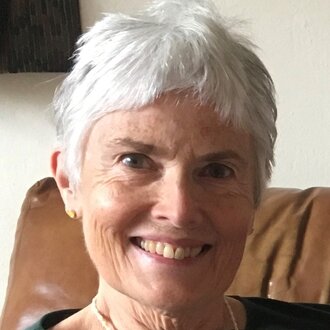