John is Principal of Urban Design and Landscape Architecture in HOK’s London Studio.

He is an architect and urbanist with over 30 years’ experience working in the UK and internationally. John has worked with some of the UK’s most influential architects including Nicholas Grimshaw, Michael Hopkins, Will Alsop and Norman Foster. During ten years with Foster and Partners John helped design projects such as the British Museum’s Great Court, St. Pancras International Station and two all age City Academy Schools. John helped found Make Architects in 2004 developing the business for 15 years with masterplans such as Elephant Park, buildings for the University of Nottingham and mixed-use developments such as The Cube in Birmingham.

As deputy chair of the Future Spaces Foundation, John helped write three insightful papers including the ‘Future of the High Street’ and ‘Vital Cities not Garden Cities’. He chaired round table discussions and promoted student participation and design competitions. John is an external examiner at Birmingham School of Architecture. He has written for many architectural publications and spoken at conferences including those hosted by ULI, NLA, CTBUH, RIBA and UKTI promoting sustainable urbanism. John is a member of the Academy of Urbanism the Urban Land Institute and The Architects Company. 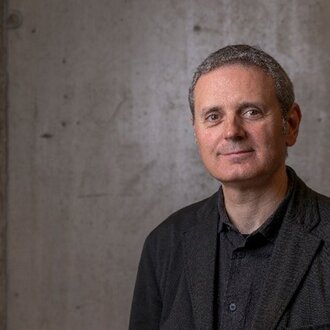