Kathryn, Director of Masterplanning and Urban Design, is an architect and urban designer with over 30 years of international experience.

Prior to joining Arup she was an independent consultant to the public and private sectors. Prior to this she was Urban Design Director at NBBJ. From 2011-2014 she was the Chief of Design at the London Legacy Development Corporation, where she directed teams to realise Olympic Legacy Masterplan.

Kathryn has led urban regeneration projects, working both in sensitive heritage contexts and on former industrial sites in complex urban environments. She has ongoing involvement in topical research including social and environmental resilience, and investigations into typologies and morphologies that support intensification in urban and suburban contexts. Kathryn is committed to a productive multi-disciplinary exchange between the practice of urban design and academic research.

Kathryn holds a Masters of Architecture in Urban Design from Harvard University’s Graduate School of Design (GSD). She currently teaches both at the GSD and at the Bartlett. She ran the MSc City Design and Social Science at the London School of Economic Cities and taught at the AA. Kathryn is a Board Director of the Sadler’s Wells Foundation, Urban Land Institute and Academy of Urbanism member, Chair of the Ealing Design Review Panel, member of the HS2 Independent Design Panel and a London Mayor’s Design Advocate. 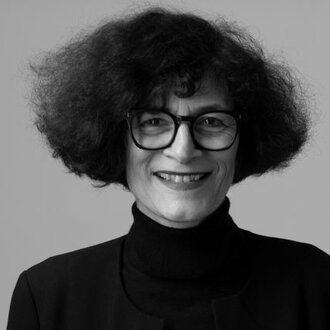