Mike is an urban planner and former public sector senior officer, with extensive experience of spatial planning, design, regeneration, and development at both strategic and local levels.

Mike’s career includes Director of Planning in Liverpool and Glasgow; delivering regeneration programmes in the heart of London; re-engineering the spatial vision of smaller communities; playing a lead role in delivering flagship development and infrastructure projects; and leading a development agency working across three diverse towns being prepared for major expansion. Since 2010, as an independent consultant, he has worked for private clients, examined major infrastructure projects for the Planning Inspectorate, taken part in and chaired many design reviews.

He was secretary of the National Planning Forum for eight years, is an appointed High Street Expert and member of Historic England’s Historic Places Panel. In 2004 he was President of the Royal Town Planning Institute; is an Honorary Fellow of the Royal Institute of British Architects and was appointed Commander of the British Empire for services to local government and the voluntary sector in 2008; he is a member of the Academy of Urbanism and in 2018 was awarded Fellow of the Academy of Social Sciences. 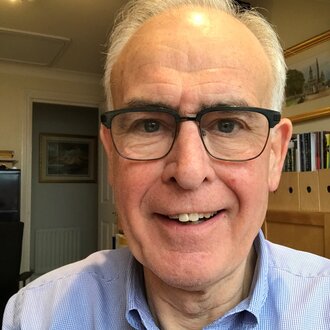