Phil is Director of Landscape & Placemaking at Peabody leading on Thamesmead, London’s New Town and one of London’s largest regeneration and development projects.

He has a background in Urban Design, Landscape Architecture and Horticulture and leading on major regeneration and green infrastructure projects. Prior to his current role he led the design and delivery of the London 2012 Olympic Park at the Olympic Delivery Authority (ODA) and its transformation into the Queen Elizabeth Olympic Park, the UKs largest new urban park in over a century. At Peabody he is leading a green infrastructure and landscape led approach to Thamesmead called Living in the Landscape making the most of its unique green and blue assets. This will ensure Thamesmead's landscape underpins the regeneration and development taking place and responds to a post-covid world and the climate crisis. 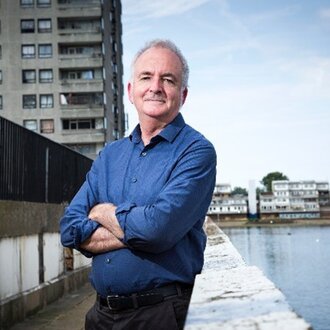