Ramsey Yassa is an architect based in Tottenham, North London and the founder of interdisciplinary design practice, NOOMA Studio. Ramsey was born and raised in inner London in the City of Westminster, his mother is an author and his father is a restaurateur, both emigrated to England at a young age from Egypt in the 1970s meeting each other in London.

Growing up in inner-city London, Ramsey has an appreciation of the city’s cultural richness. He is a proud Londoner, determined to make his home city an inclusive and more equitable place for the future of his children. As a student Ramsey received the Stephen Lawrence Student Award for his project work. After graduating from his Part 2 studies in architecture, Ramsey worked as a lead designer for HOK, and Heatherwick’s before joining TOR as an Associate Director in 2018. Notable projects included the new Barcelona Arena, Yas Arena (under construction), and the Islamic Galleries at the British Museum (completed 2018). Ramsey founded NOOMA Studio in 2019 to meet the need for a new form of practice and organisational structure that promoted greater creativity and innovation in design. The studio has received recognition from the RIBA Journal’s Rising Stars and the Architect’s Journal’s list of 40 under 40. 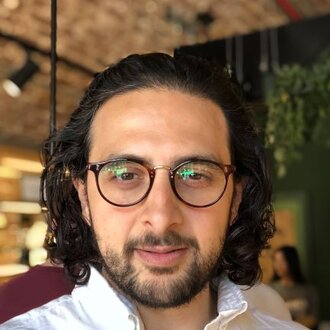