Richard is a Senior Lecturer at the University of Derby, teaching Criminal and Corporate Investigations with a specialism in Designing out Crime.

He is also a founder of CPTED-UK, a company providing training and consultancy to architects, developers and planners internationally.

In 2015 Richard was awarded an OBE as a former Senior Police Officer for his services to Business Security.

Richard was the first serving police officer worldwide to be appointed a Chartered Security Professional. He is a Fellow of the Security Institute and an advisory council member of City Security and Resilience Network (CSARN).

On retirement from the Police Richard spent 3 years working as Head of Loss Prevention for Next PLC, before joining the University in his current role.

Throughout his careers Richard has managed various security projects for the Home Office. His international experience includes acting as a technical advisor for various EU funded safety and security initiatives, and for UNICRI where he was a contributing author to their Protection of Crowded Places Handbook. Richard also wrote the UK Chapter of the McGraw Hill Homeland Security Handbook. Whilst in the Police he represented UK policing as a member of an American led NATO group on Public Private Partnership Intelligence and Information Sharing.

Richard holds an MSc in Security and Risk Management. 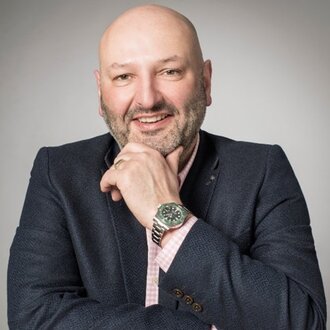