Robin is an urban designer and chartered town planner who has worked extensively in the areas of planning, regeneration and urban design for more than 30 years.

As Head of Urban Design at Transport for London, Robin led a team of architects, landscape architects, urban designers and heritage specialists, providing strategic advice and guidance on a broad range of pan-London projects and local schemes.

Projects ranged from producing award winning design guidance documents on aspects of the public realm and SuDS to being the client design lead on a number of significant transport infrastructure schemes. These included the Emirates Air Line (the first urban cable car in the UK and recipient of two NLA awards), and the above-ground elements of the Northern Line Extension for which he was also the expert design witness at the Transport and Works Act public inquiry.

Prior to Transport for London, Robin worked as principal urban designer for Design for London and as design team leader for the London Borough of Brent, where his key role was setting out the policy framework for the regeneration area surrounding Wembley Stadium. He was seconded to the Wembley Infrastructure Technical Team where he was client design lead for the White Horse Bridge and associated square, which connects the stadium and the town centre.

Since leaving Transport for London in 2018, Robin has led his own design consultancy, working with a range of clients including University College London, on public realm improvements and transport infrastructure in Havana, for the Design Council to support the preparation of a masterplan brief for the waterfront of St Helier and as design advisor to local authorities. He currently provides design support for Stevenage Borough Council on their town centre regeneration and the preparation of a masterplan for a substantial urban extension.

Robin is a member a number of design review panels for London Boroughs and other organisations operating in the South East of England. 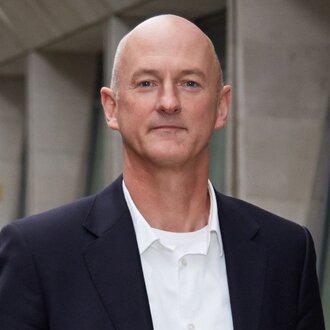