Stephanie Edwards is an Architect, Urbanist and Cofounder of Urban Symbiotics - an insight and research led multi-disciplinary design practice that focuses on the user experience to innovate architecture, masterplanning and the public realm.

Stephanie has been recognised by the Design Museum and the London Festival of Architecture as a practice for their 'architecture for a new generation' whilst also being nominated for a h100 architecture and design award. She is leading on a Regeneration Framework in Croydon, working on the UN Habitat's Global Future Cities Programme and 're-imagining' the Black Cultural Archives in Brixton which has been recognised by RIBAJ MacEwen Awards 2021.

Stephanie was previously an elected Council member of RIBA, is currently a Board member for Architecture Lobby, and is an advisory group member for UKBEAG. She was also celebrated as a 'force for change' by Vogue, alongside Baroness Lawrence in its 2019 seminal September issue. She continues to focus on delivering social value through a variety of project types and scales to facilitate the building of inclusive, equitable and progressive communities at a variety of scales from intensive community engagement and the development of demographically representative community groups to large scale masterplanning schemes. 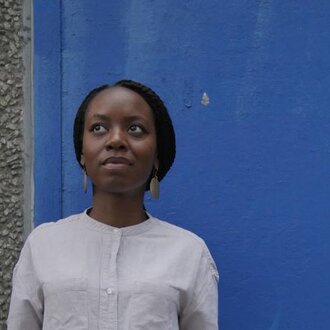