Keith led the planning and establishment of the British Business Bank from 2013, and stepped down as CEO in 2020.

Prior to this, Keith was an Executive Director of UK Financial Investments (UKFI), joining in 2009 to manage the UK Government’s shareholdings in Bradford & Bingley and Northern Rock and culminating in the return of Northern Rock to the private sector and the creation of UK Asset Resolution (UKAR) to manage the run down and sale of the remaining mortgages. Keith remains on the board of UKAR as a Non-Executive Director.

Keith joined UKFI from Banco Santander where he was an Executive Director of Sovereign Bancorp in the US, focusing on the bank’s retail and SME strategy and the integration of Sovereign into Santander. He was previously Director of Strategy & Planning at Abbey National and a member of the Executive Committee, and also served as Chairman of Santander’s Asset Management and Credit Card businesses in the UK. Before joining Abbey in 2004, Keith spent 17 years at L.E.K. Consulting, where he was a partner specialising in financial services. 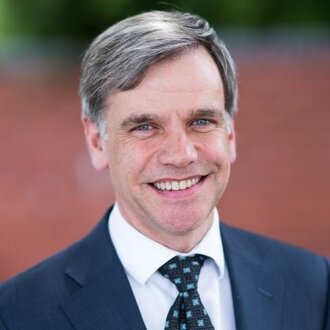